Gosh, this pregnancy is just flying by so quickly. I am already 16 weeks and haven’t written a single post about it here. So, let’s start from the top with some of the questions I’ve gotten so far, then I’ll get into my “typical” pregnancy update bullets.

When did you find out you were pregnant?
Monday, January 28 and I was exactly 4 weeks pregnant.

And how did you find out?
We spent the previous weekend away in Galena. I drank two glasses of wine Friday night. Then had another glass Saturday night and immediately felt TERRIBLE. Monday morning my Clearblue App popped up saying I should’ve started my period a few days ago and asked if I wanted to log it. I figured my cycle would be off for a bit considering it was literally the first cycle after my miscarriage in December, but I figured I may as well take a test since I had a box of them. Seeing that positive pregnancy test was definitely a shock and I honestly didn’t believe it.

I called my doctor immediately and they sent me to have my HCG and my Progesterone tested – my HCG was higher than it had been at any point during my December pregnancy.  I was retested two days later and then again one week from the day I had my positive test. My numbers increased as they should have and I had an ultrasound 10 days after my positive pregnancy test. Since my December pregnancy was a “Pregnancy of Unknown Location” they believed it was ectopic, but not developing as it should have, resulting in my very low HCG numbers. I was able to have the first ultrasound at 5w 3d because my HCG was high enough that there would be SOMETHING to see. They wanted to confirm it was in my uterus and not ectopic or a blighted ovum. I went back for my second ultrasound two weeks later and we could see our little 7w 3d baby (still with a tail, lol) and a beautiful, perfect heartbeat.

What did your OBGYN say about conceiving so quickly after your miscarriage?:
Holy moly, I got this question from a lot of people. Throughout my pregnancy in December, my OBGYNs thought it was probably not viable due to the low HCG. But obviously miracles happen and sometimes they can come around. They immediately though it could be ectopic, although most ectopic get higher and then lower, then rise, then fall. Mine were always rising, barely, but rising. So I held out hope. After 4 weeks and two ultrasounds showing nothing in my ovaries, Fallopian tubes or uterus, I was diagnosed with a pregnancy of unknown location. I was given one week to miscarry on my own before I would be given a dose of Methotrexate to start the miscarriage. I ended up miscarrying on my own over the course of two weeks. So, I was told (by my OBGYN) if I had have a dose of Methotrexate (the shot used to end an ectopic pregnancy) I would have had to wait at least six months to conceive again. Since everything happened naturally and “without complication” I was told it would be safe to try to conceive again right away.

Are going to find out baby’s gender?: YES. We considered not finding out, but ultimately I just REALLY love to know ahead of time. Although knowing this is our last baby has made it bitter sweet for me. Having one of each, I would just love one more of each! So finding out what we’re having definitely makes it more real to me that this is the last time we will ever have the excitement of it.

Total weight gain: None yet. Not sure how that’s possible with the size of my belly.

Movement: These past few days I’ve just now felt movements here and there that I’m SURE are the baby. By this time with Ben I had already felt flutters for a week or so.

Mood: Overwhelmed. Honestly moving and being exhausted and not feeling well has been really hard. I know I have a short temper with the kids and I NEED to fix it. We are hosting Easter here next week so if I tackle one room per day (unpacking and cleaning) then I’m hoping I can get back into a routine. It’ll help get my anxiety under control and hopefully some patience too.

Food cravings: Frozen Strawberry Lemonade and sour candy! For some reason anything sour seems to help with my nausea.

Gender: We did the Sneak Peek Home Test kit and found out it’s a boy!

Sleep: If my kids were sleeping better, then I think I’d sleep like a rock. Ben had croup and was waking a lot at night and Blaire still crawls in our bed most nights. Now that we have spent our first month in the house, they are slowly becoming more comfortable in their new rooms. So fingers crossed everyone will be sleeping in their own rooms all night soon.

Highlight of the Week: Finding out baby’s gender… seeing him moving all around on the ultrasound.

Miss Anything: Fitting in my clothes. Being pregnant in a different season means I am in some dire need of new maternity clothes.

Symptoms: Fatigue. I had my usual morning sickness (not getting sick, just feeling nauseous) almost days until around 12 weeks. Now it’s just here and there, although more intense when I do have it.

Looking forward to: Hopefully kicking the fatigue to the curb for this second trimester. Mama has a house to get in order! 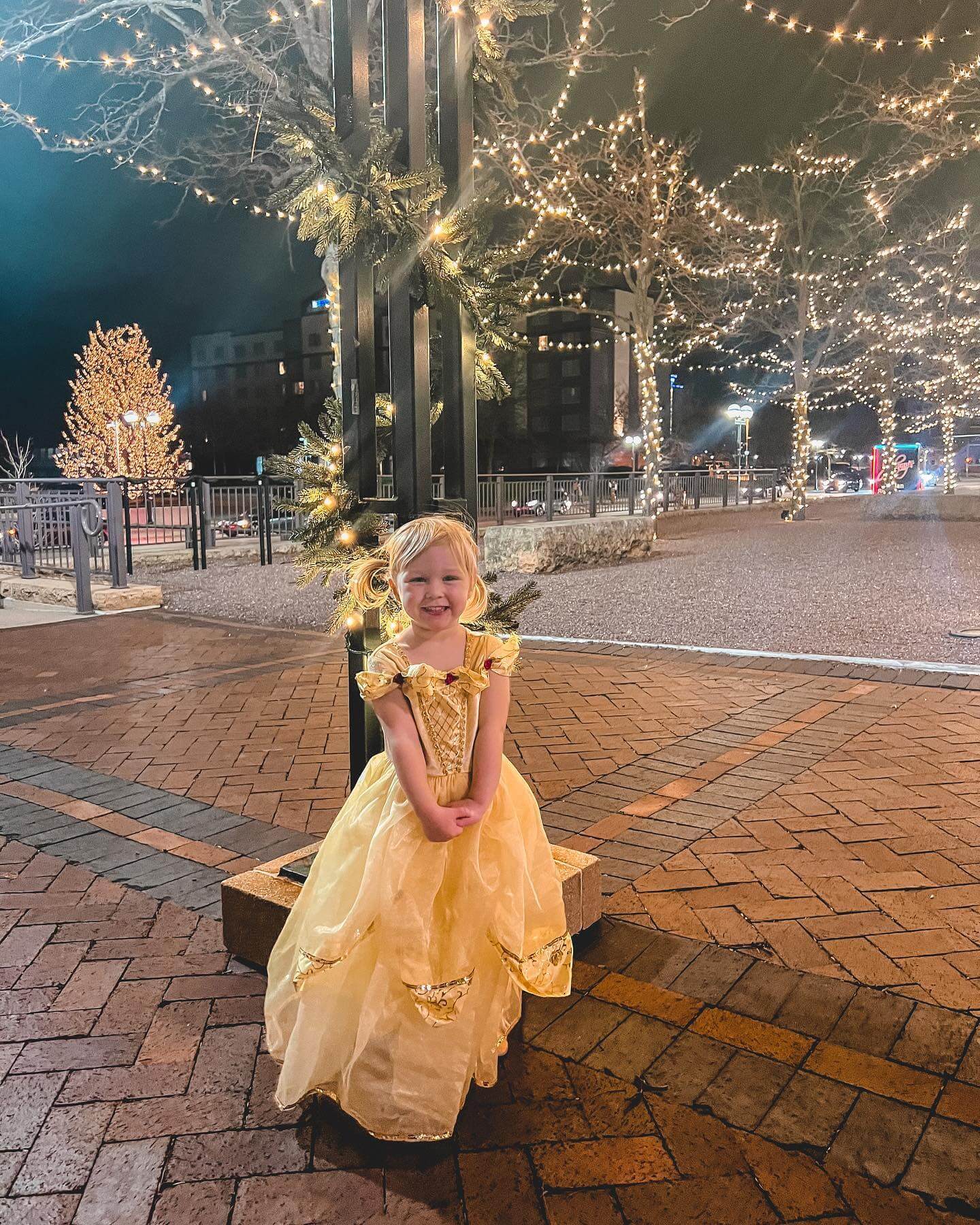 tristapeterson_
•
Follow
Can you tell Sloane was excited for her first @disneyonice experience?? Thanks for having us @vibrantarena! We all had so much fun. ❤️ • #disneyonice #momofthree #tagtheqc #girlmom #boymom #momentsiwanttoremember #thingsiwanttoremember #nestingly #littleloves #ig_motherhood #magicofchildhood #notonlymama #uniteinmotherhood #lovelysquares #thatsdarling #pursuepretty
View on Instagram |
1/4

tristapeterson_
•
Follow
I call this: all 3 of my kids have Strep. Don’t worry, they feel fine and their energy levels are even higher than normal. This 3 day weekend should be very fun for me! 🫠🫠🫠
View on Instagram |
3/4

tristapeterson_
•
Follow
#spon My kids have never been as proud of me as they were when we took this trip to @pizzaranchfunzonesterling over the weekend. It is my grandparent’s favorite place to eat, so we’ve been going there with them since before Blaire was born. Now it’s my kids’ favorite place to eat, too. Cheesesticks, mashed potatoes, corn, black olives, and ice cream all in the same place? Sign them up! We played in the Fun Zone for over an hour and a half. 🤪 . We want to give another family the chance to enjoy their local pizza ranch, so we’ve teamed up with ours to give away one $50 gift card. All you have to do to enter is: 1.    Follow @Tristapeterson_ 2.    Follow @pizzaranchfunzonesterling & @pizzaranchrestaurants 3.    Share this post to your stories. (Simply click the small paper airplane icon above the caption and click “Add post to your story”.) Be sure to tag both Tristapeterson_ and @pizzaranchfunzonesterling in your story share. • The contest goes through Monday, October 31, 2022. The winner will be announced and selected on Tuesday, November 1, 2022. • Per Instagram rules, this promotion is in no way sponsored, administered, or associated with Instagram, Inc. By entering, entrants confirm that they are 13+ years of age, release Instagram of responsibility, and agree to Instagram's terms of use. • #pizzaranchfunzonesterling #pizzaranch @pizzaranchresturaunts #pizzaranchresturaunts
View on Instagram |
4/4